It looks like you are in Australia. Go to the Australia site

This case study tracks a journey through succession planning and exit planning.  It takes you through each step to exit your business through the five stages.

Mr & Mrs Smith (both baby boomers in their late 60s) run a light manufacturing business in suburban London. The business is 2nd generation from Mrs Smith’s father.  He started the business from scratch after World War II, originally operating from his garage.  About 18 years ago they also sold 30% of the business to Rod Jones — the Sales Manager.  Rod is a brilliant young salesman who has been a great employee and director.  He’s added considerable value to the business over time.

The company makes aluminium display stands for retail stores.  It’s trading has been stable and profitable for many years with several long- term and loyal customers. Several years ago (August 2006), the Smiths purchased the factory from the landlord. The company owns several large machines used in the factory acquired over several years.  The premises has been modified and customised to suit production.

The Smiths’ son, Gary, is the Production/Manufacturing Manager but they both know that he cannot run the business without help and expertise — he is very good practically but less so managing finance. During 2015, he was appointed company General Manager and took over the day to day management of the business. Following this move, gross profit dropped nearly 10% and net profits were down by £300,000 and several key staff left as a result of his management style.

Both Mr and Mrs Smith are currently in good physical and mental health, but they are getting older and “slowing down.”

The company has been slowly but consistently growing and currently has a turnover of approximately £8 million and is quite profitable with the 2016 Financial Year producing a Net Operating Profit After Tax of £ 958,000.

In order to finalise a Business Succession and Exit Plan, they approached their financial adviser and accountants (who work in the same firm and have been advising the family for many years). Whilst the family knows they need to do something, they really are unsure what options are available.

The owners agree to start the process with a Stage One Insights report giving them a comprehensive review and analysis of the various issues/value drivers before launching into a Strategic Succession Plan based on Succession Plus’s 21-step process.

Once the owners know where their business is starting from, they can make informed decisions about what to do with the business, what to invest their time and energy in AND choose when to step down so that it suits them and the business. 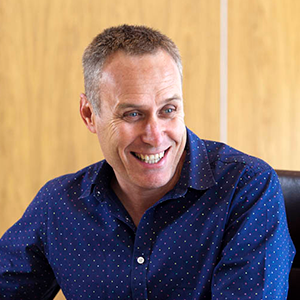 Darryl is a dynamic, driven Business Mentor and Coach with over 20 years of experience and passion for creating successful outcomes for founder-led businesses. He is a great connector, team builder, problem solver, and inspirer – showing the way through complexity to simplicity.

He has built 2 international multi-million turnover businesses; one now operating in 16 countries. His quick and analytical approach cuts through to the core issues quickly and identifying the context. He challenges the status quo and gets consistent, repeatable and reliable business results.

Originating in Australia, Darryl’s first career was as an Engineer in the Power Industry. Building businesses bought him to the UK in 2003 where he quickly developed a reputation for combining systems thinking with great creativity to get results in challenging situations.

A keen competitive cyclist, he also has a B Eng (Mech) Engineering and an MBA.

3 business exit strategies for a failing business to consider

Is your business ready for the forecasted growth in the UK

That Wheel Is Still Squeaking

Identify Value with an Insight into Your Business